In  Dubai, robots are being used to automatically clean the metro train stations. A smart move by the Roads and Transport Authority (RTA) which is the official government body that handles public roads and transportation. Dubai is constantly innovating and creating new ways to bring in new technology and advancing itself in developing for the benefit of its residents.

For expats taking the metro, this is a welcome sight to see that there’s always something new in this emirate and its one of the reasons why a lot of people like to come to Dubai to work and see the developments. 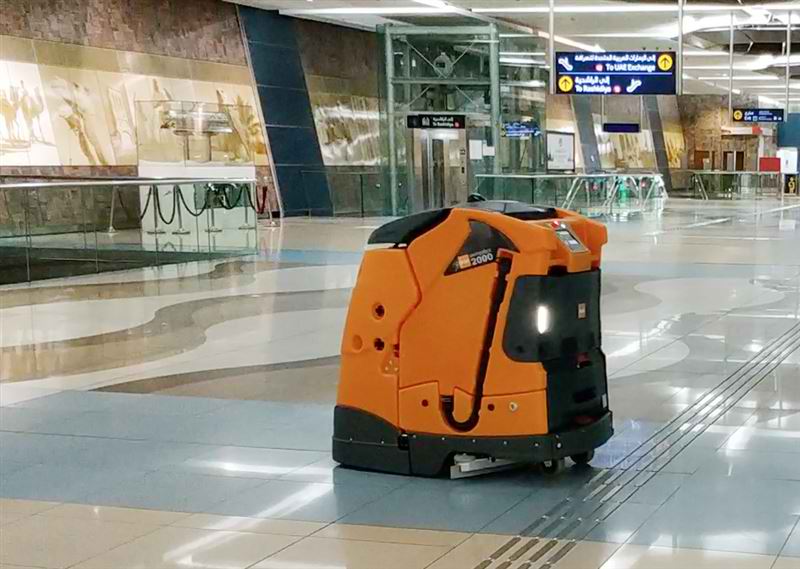 “The use of robots in cleaning Dubai Metro stations is an experimental step considered the first of its kind worldwide in using such technology to clean metro stations. Once the success of the trial is verified, the technology will be deployed in other stations,” said Mohammed Hasan Al Amiri, Director of Rail Maintenance, Roads and Transport Authority.

“This Robot is designed with international standards, and is highly effective and efficient in reducing the amount of water used in cleaning, and providing a great level of sterilizing. It can also be pre-set to perform automated cleaning patterns of floors, without human intervention except for limited and simple steps such as adding water and programming. The programming can be reset to enable the robot to clean floorings of complex designs. 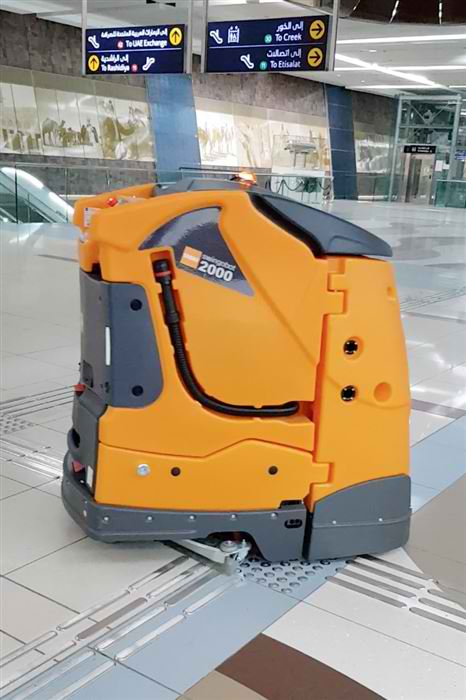 “The robot has several sensors and sonar receiver capable of shifting between spaces, detecting barriers and accordingly avoid a collision. These laser-powered sensors along with the sonar cover a 360-degree circle. It has a 90-litre water tank, and measures 135x90x128 cm in size, rendering it fit for use in public areas without causing inconvenience to station visitors. The RTA always seeks to harness the latest technology for serving the public and public facilities,” he further added.

Previous article5 Reasons Why You Should Work in Dubai
Next articleDubai: Sheikh Hamdan with the First Emirati Astronauts